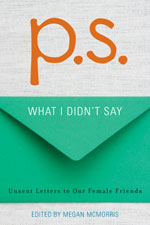 HOW TO RUN A BRIDESMAID BACKGROUND CHECK

When you’re interviewing for a job, you provide references. When you buy a car, they check your credit. So why not dig into a friend’s background to make sure she’s wedding-worthy? After all, there’s nothing like a wedding to stretch friendships thin, even if you’re the furthest thing from a Bridezilla, as my friend Dawn discovered years ago after getting engaged. When Dawn announced her engagement, her (soon-to-be-married) friend had her own news to share: she was dis-inviting Dawn from being a bridsemaid (!). Turns out, the bride-to-be thought that Dawn should have let her hog the spotlight until after the cake was cut. Yes, weddings can sometimes reveal an evil underbelly to those closest to you, when you least expect it. So before decide your wedding party, print out my super-scientific “bridesmaid background test” to make sure those who are standing beside you at the altar really have your back.

*she has friends from childhood: Is it just me, or is there something suspicious about someone who doesn’t retain any friends from years ago? I may be biased, since some of my great pals are those I met when I was five years old (hi, Andy and Diane!), and I don’t expect you to be besties with your entire elementary-school class, but I do think it’s important to have at least one pal who remembers when you wore braces and had sleepovers. I learned this the hard way with a certain Former Friend (F.F.). Let’s just say she made me wonder who any of her pals were before we met in our 30s. Is that a warning bell I hear?

*she isn’t afraid of one-on-ones: Invite her for a hike or Happy Hour? A true friend is one who agrees without having to turn everything into a group event. My F.F. was quick to invite her neighbors, roommates, people she met at the grocery store, stray dogs (okay, I exaggerate), to the point when I’d have to specifically ask “hey, this time I just want it to be the two of us, okay?” To my mind it’s hard to bond in a group of 10, but I’m just crazy like that.

*she doesn’t drop you for a boyfriend: I’ve always been one of them thar women who don’t change my female-friendship ways when I have a boyfriend. So imagine my surprise when F.F. cancelled plans, dropped our conversation when the phone rang, and just generally become one of “those girls” when she had a boyfriend. Ack.

*she’s there to share: When you spill the beans on your life struggles, she relates to you and shares some of her own. Unless she’s like my F.F., whose picture-perfect ways and Stepford Wife lack of emotion made you feel like a walking basket case even if your dramas were pretty average on comparison. A true friend is supposed to make you feel like you’re not alone, not try to one-up you in the game of “how perfect can we get” (ding ding! She wins!)

*she doesn’t pick and choose: The thing that always made me laugh about my F.F. was that she said (again in a Stepford Wife tone) “I like everyone!”. Hmmm, well, if you like everyone, doesn’t that cancel out your friends? I prefer my friends to want to hang out with me because they think I’m funny, cool, interesting or any of the above (just as I’m selective about my pal picks for certain criteria they bring to my life) not just because I happen to have crossed their path on the street. But that’s just how I roll.

Portland, Oregon-based freelance writer and editor Megan McMorris is the editor of P.S. What I Didn’t Say: Unsent Letters to Our Female Friends, and she has many fabulous friends who pass this checklist. And she’s actually just kidding about giving potential friends background checks. Unless you want to, in which case let her know how your friend fared! Visit her book website at www.psanthology.wordpress.com and view more of her work at www.meganmcmorris.com.